Pop
Nature Trolls, also known as Treehugger Trolls, were a family of Trolls in Trolls-era media. The basis of this family was Karma.

This term has been abandoned since Trolls World Tour, as Trolls are now mostly identified by their Tribe.

The Nature Trolls tend to have clothes based on nature and are often coloured browns or green. 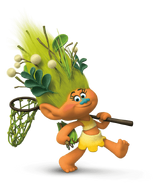 Karma
Add a photo to this gallery 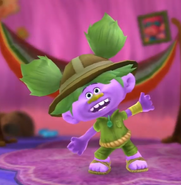 Clay
Add a photo to this gallery

Nature Trolls are explorers, scientists and nature preservers who desire to live at one with nature and protect it rather than destroy it.

Retrieved from "https://trolls.fandom.com/wiki/Nature_Trolls?oldid=52961"
Community content is available under CC-BY-SA unless otherwise noted.