WELCOME TO THE
DREAMWORKS TROLLS WIKI!
Help • Terms of Use • Wanted Pages • Categories 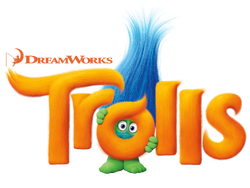 DreamWorks Trolls is a 2016 American 3D computer-animated musical comedy film. It follows a colorful, wondrous world populated by hilariously unforgettable characters. Discover the story of the overly optimistic Trolls, with a constant song on their lips, and the comically pessimistic Bergens, who are only happy when they have Trolls in their stomach.

That hit film has spawned sequels like Trolls World Tour, specials like Trolls Holiday and TV shows like Trolls: The Beat Goes On! and Trolls TrollsTopia, all full of color, humor, and toetapping music for the whole family!

A sequel titled Trolls World Tour was released on April 10, 2020. In an adventure that will take them well beyond what they’ve known before, Poppy and Branch discover that they are but one of six different Troll Tribes scattered over various lands and devoted to different kinds of music: Funk, Country, Techno, Classical, Pop and Rock. Their world is about to get a lot bigger and a whole lot louder.

A series linked to Trolls World Tour titled Trolls: TrollsTopia has recently begun airing. Poppy invites delegates from all Troll Tribes to come and live in an experimental place in Troll Forest known as TrollsTopia. The animation has the same style as that of Trolls: The Beat Goes On! with a few improvements.

There is currently 1 season for the series. A second season is scheduled to air on March 18, 2021.

Trolls: Holiday in Harmony is a special due for 2021. It accompanies Trolls World Tour, and is a successor to Trolls Holiday.

WE NEED YOUR HELP!

We have three named characters that have fallen into obscurity, and their names are currently unknown. We need their names! All three appeared in the Trolls Magazine. If you can identify them and provide a source (a mobile phone picture for example, anything will do), the wiki would appreciate it.

Add a photo to this gallery

Dear Trolls fans, we need your help with another Troll matter.

We're looking for the bios of the Trolls: Crazy Party Forest! characters so that they can have their information complete. If anyone has more sources, please notify us. Thank you! 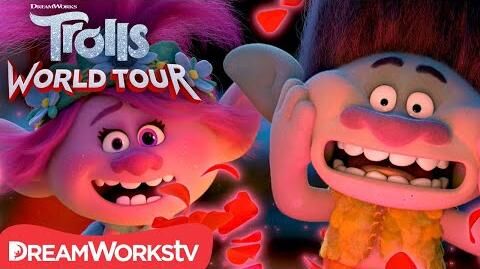 This wiki is about all things related to the DreamWorks Trolls franchise, and anyone can edit! Not sure where to start? Pick a page at random! Can't find what you're looking for? Make a new page!

Did you know that there's a Trolls Live! event? Check it out! The performance lasts for much of 2020!

Retrieved from "https://trolls.fandom.com/wiki/Trolls_(film)_Wikia?oldid=69056"
Community content is available under CC-BY-SA unless otherwise noted.